Eleven outstanding musicians from all over Europe invite you to experience astonishing facets of European folk music in an extraordinary concert. After all, in 2018 Europe is celebrating its diverse cultural traditions – and the motto chosen by the EU is ‘Sharing Heritage’. Singer Helene Blum and violinist Harald Haugaard, two of the world’s most popular Danish musicians, have launched the SHARING HERITAGE Love Tree Ensemble in their roles as ambassadors of the European Year of Cultural Heritage 2018. The artists involved embody very different musical traditions from Finnish Karelia, Northern Ireland and the High Tatras to the Alps, Sicily and Portugal.

The ensemble has gathered age-old songs and melodies from all directions, revealed their common origins, and breathed new life into them. With their similarities being unmistakable, regional heritage and a profoundly European vision can be heard to flow together. The same song known to Scots as a jig (actually derived from the French ‘gigue’) is also a nursery rhyme in Denmark and a tarantella in Italy.

Even ‘The Love Tree’, the tune after which the band was named, has made its way around Europe for centuries in various guises. Known as ‘Folia’ in Portugal and Spain, in Danish it’s called ‘Kærlighedstræet’. In this simple love song in three-four time, the various versions of the lyrics usually deal with transience and pride.

The SHARING HERITAGE Love Tree Ensemble has rediscovered these and other gems, and arranged and interpreted them in a contemporary style. The result is a concert programme rich in atmospheres and soundscapes which is touching and soulful, and combines exuberance with elegance. All the artists are in a musical class of their own and among the best in their field, both in their own countries and frequently beyond. Never afraid to experiment in unfamiliar genres, they relish transcending musical and national boundaries – and do so with virtuoso ease. 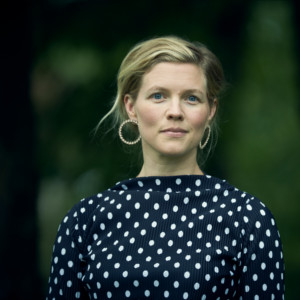 Her deep familiarity with time-honoured melodies and lyrics give songwriter Helene Blum the freedom to keep exploring new avenues as a songwriter. Elements of jazz, pop and chamber music are elegantly and sensitively woven into her folk songs, while traditional words and contemporary lyrics beautifully merge into each other. A winner of a Danish Music Award, she has found acclaim not only in Denmark, but also on tours of Europe, Canada and Japan. Her album Men med åbne øjne was rated by the British Daily Telegraph as one of the ten best folk albums of 2013. Helene Blum’s fifth and current CD Dråber af tid (‘Droplets of time’) released in January 2017 was nominated for a German Record Critics’ Award. One track on the album, ‘Friheden Station’, was a number one hit on Danish radio. 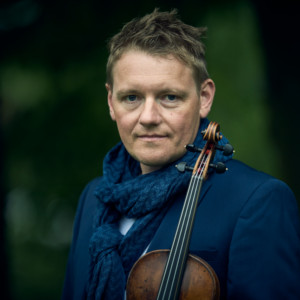 With a pedigree including twelve Danish Music Awards, Harald Haugaard has long since carved out a worldwide reputation as an outstanding violinist and composer. He studied and then taught at the Carl Nielsen Academy in Odense, is the artistic director of the folkBALTICA festival, and established his own fiddle school in 2008, where he passes on with passion the skills he himself learned from traditional violinists such as his grandfather Johannes Kristensen. Although this repertoire makes up the heart of his music, Haugaard’s art is so vibrant and inspirational precisely because he persists in departing from traditions and reinterpreting them in a variety of new ways. It was for this very reason that his most recent album Lys og forfald (‘Light and decay’) received the German Record Critics’ Award. 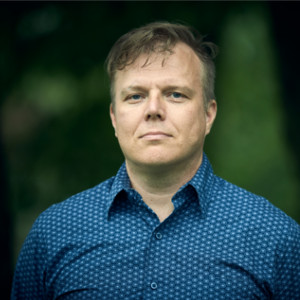 Tapani Varis is one of the most sought-after bassists in Nordic folk. In the 1980s, he was a founding member of Värttina, probably the best-known Finnish group to perform new folk music. Tapani’s trademark is his rock-solid beat enhanced by a dry but full sound. His bass-playing has provided a strong foundation for plenty of folk productions, yet also more experimental ensembles such as the American Café Orchestra. It was at the famous Sibelius Academy that Varis studied the bass, Jew’s harp and various Nordic flutes, which also make up the core sound of his own band, the Tapani Varis Collective. 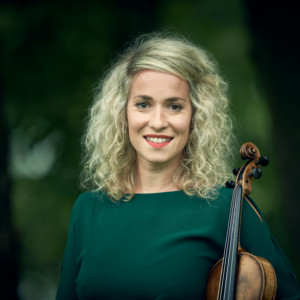 Julia Lacherstorfer gives familiar Alpine sounds both an unexpected aesthetic twist and new, expressive forms. Having grown up with the yodel, Wienerlied (Viennese song) and Austro–Bavarian Gstanzl, at university she discovered her passion for jazz and improvisation. Since then, she has accomplished her own musical vision “which, despite being based on the strong back of tradition, lives in the present and points to the future.” ( Salzburger Nachrichten) Julia Lacherstorfer and her band Alma won the Austrian World Music Award in 2015 followed by the 2017 RUTH World Music Award. In 2018, she started co-directing the wellenklænge Festival in Lunz am See along with Simon Zöchbauer, with whom she also performs in the duo Ramsch & Rosen. 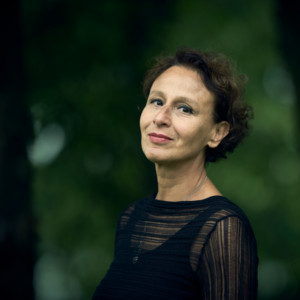 Etta Scollo’s singing can make the audience dance or cry, and reflects all the colours of life. Born in Catania, she now lives in Berlin and Sicily, although she’s actually at home in a string of musical worlds from the folk song to avant-garde. She received a gold disc for her Italian version of the Beatles song ‘Oh Darling’ as well as a number of awards for ‘Canta Ro’, a passionate, loving tribute to Sicilian folk singer Rosa Balistreri. Etta Scollo has also made a name for herself as a composer, including with film music for Korean director Kim Ki-Duk. Recently, she teamed up with actor Joachim Król to stage a literary and musical programme featuring songs and stories about love. 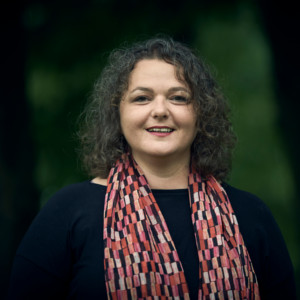 Nataša Mirković’s ability to put her voice, heart and soul into extraordinary music projects has been demonstrated in a wide variety of genres. One of her recent projects is En El Amor, a soulful programme of Sephardic songs from Bosnia-Herzegovina, which received a German Record Critics’ Award. Other works strikingly displaying her vocal flexibility were an interpretation of Schubert’s Winter Journey arranged for hurdy-gurdy and voice (recorded with Matthias Loibner) or unorthodox arrangements of pop hits from the former Yugoslavia. Her musical journey began as a child with Balkan folk songs and her father’s accordion-playing. After studying classical voice in Graz, she went on to perform in numerous operas and musicals. Her reputation spread as far as Hollywood: She performed the title song for Angelina Jolie’s directorial debut In the Country of Blood and Honey. 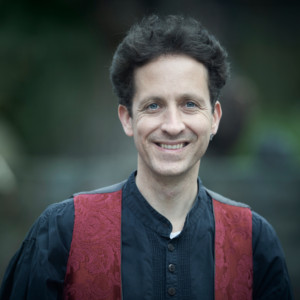 Albin Paulus pounces on anything which is weird and unusual, completely undervalued or holds out the promise of fascinating unknown territory, such as the Jew’s harp, psychedelic, rocked-out Hendrix solos on the bagpipes, and virtuoso yodelling. As a child, he first underwent sound classical training on the clarinet. After studying music in Vienna and Cremona, he made a name for himself with for example the first recording of all J.G. Albrechtsberger’s concertos for the Jew’s harp. In 2011, Albin Paulus was crowned the world virtuoso of the Jew’s harp in Siberia. His band Hotel Palindrone has won several awards, including a German Record Critics’ Award. 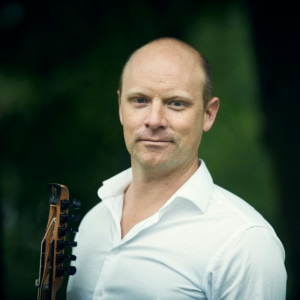 One of Sweden’s top folk musicians, guitarist Mattias Pérez tours the world with a variety of line-ups. In the studio, he has contributed his enormous talent to dozens of albums. When his first solo CD entitled East was released in 2013, Swedish music magazine Lira gushed: “This music is light-years away from all the fake poses and attempts to be agreeable. It thrives on its own power like the forest or the river.” Despite Mattias Pérez’s special relationship with Swedish heritage, he relishes challenges outside it, including with his own band MP3. Mattias also teaches at the Ingesund School of Music at Karlstad University. 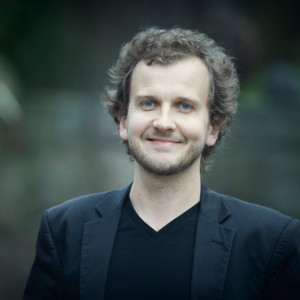 A musician and marathon runner. His development as the former was moulded not least by intensive periods spent in France, Armenia and India, where he learned various woodwind instruments. However, he discovered the deep, precious foundations for his musicianship in his native Poland. To immerse himself in Polish heritage, Michał Żak went to its place of origin, the villages, and spent over ten years in rural Poland, repeatedly playing with various musicians. Not tied to any rigid frameworks, Michał Żak moves effortlessly between early music, folk, jazz and fusion, and is a member of ensembles such as Lautari and Janusz Prusinowski Kompania. In his free time, Michał runs and runs – preferably in Piedmont, Bohemian Switzerland, Poznań, Warsaw or the Rhineland. 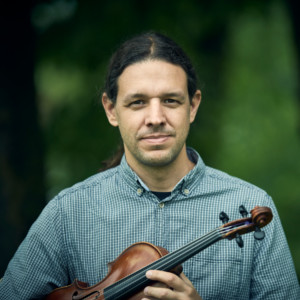 Sergio Crisóstomo is constantly on the move with his Swedish-Portuguese Stockholm Lisboa Project – musically, conceptually, and also in a very real sense in about 20 countries. Sensitively yet full of verve, the quartet explores the inner voice of each song. Is it suitable for a fado arrangement? Does it call for a more Nordic guise? For this subtle joy of experimentation, they have already garnered two German Record Critics’ Awards. Apart from the Stockholm Lisboa Project, Sergio Crisóstomo has also performed with many other musicians on stage, including big names from the Portuguese and international scenes such as Mariza, Carlos do Carmo and Caetano Veloso. Incidentally, Sergio’s second passion is programming, which is why this classically trained violinist also works as a web developer. 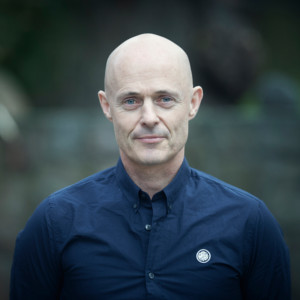 Brian Finnegan is widely regarded as one of the true pioneers in modern Irish music. He is outstanding for his way to blend traditional Irish, Breton and even Indian technique and ornamentation into modern and traditional folk music from all over the world. Front man with the legendary Flook, with whom he has toured the world and recorded four highly acclaimed albums, Brian has continued to push the boundaries of modern traditional music. More recently he has toured with the quartet KAN and worked on a multitude of other projects, including his work in Russia with Rock band Aquarium and in America with guitarist William Coulter. His last solo album The Ravishing Genius of Bones met with high acclaim among critics and audience. 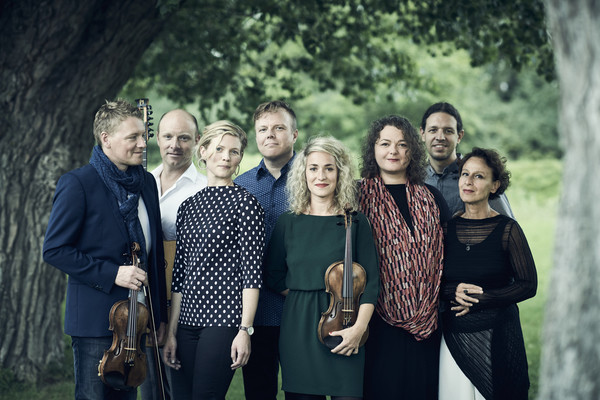 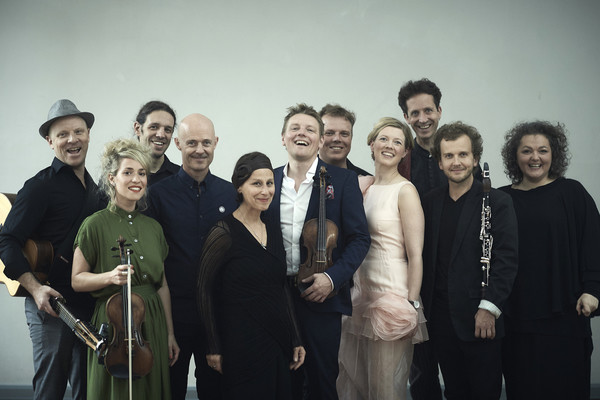 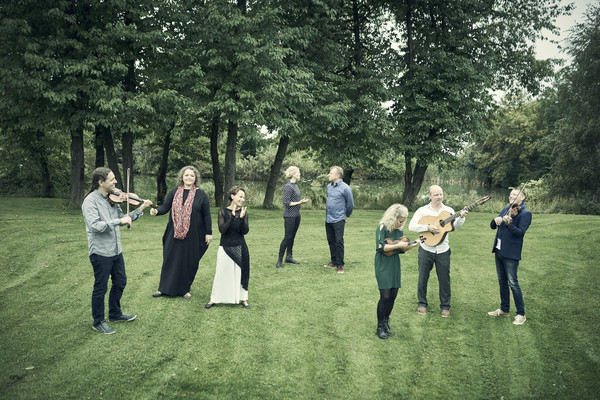 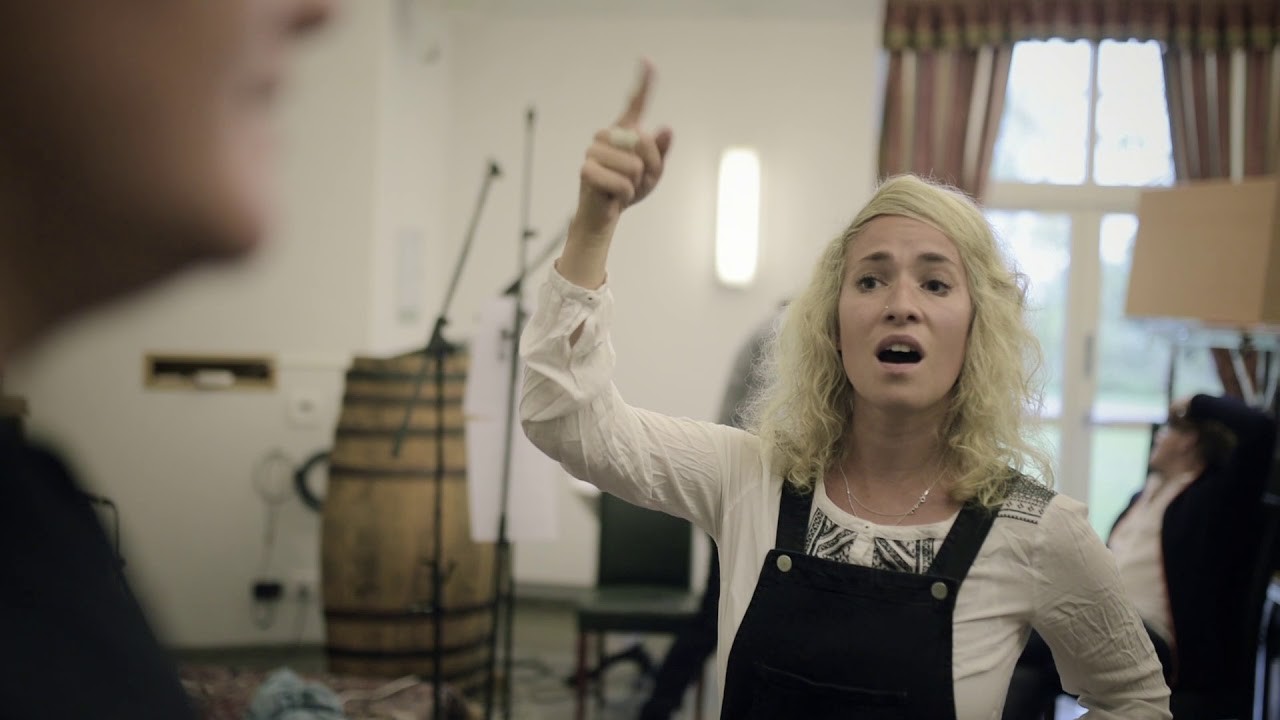 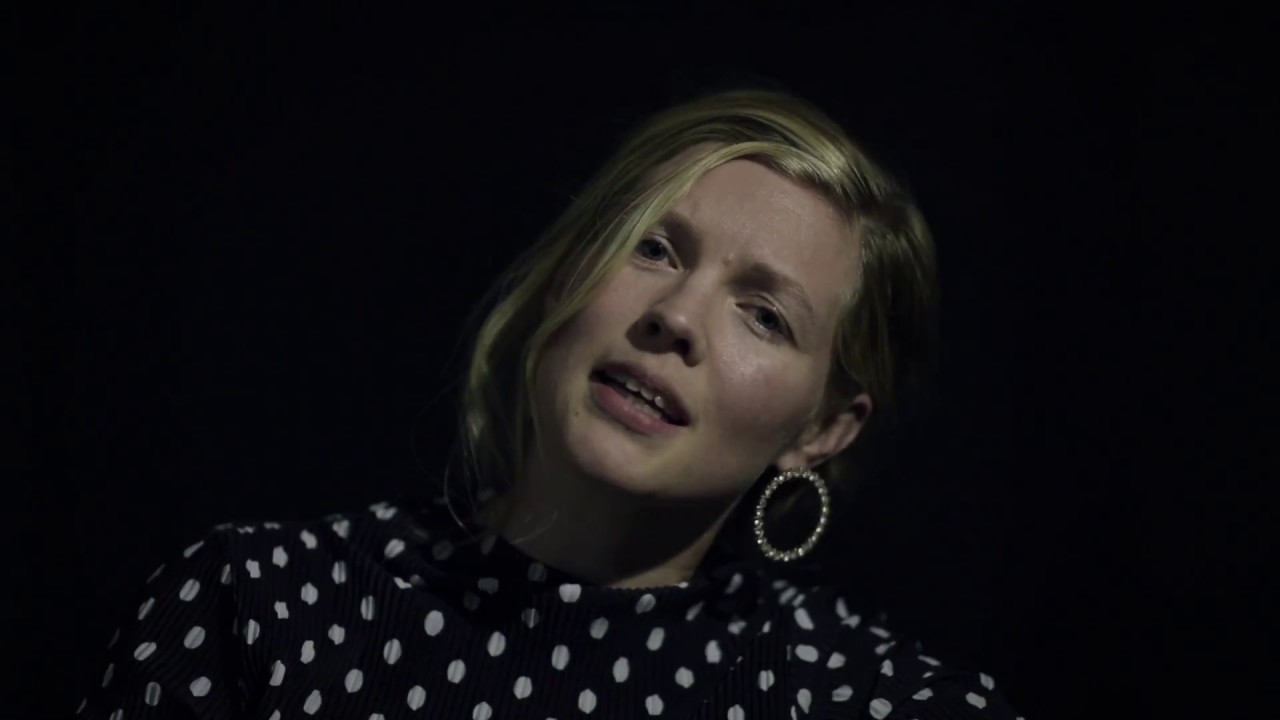 The founding and first activities of the ensemble is hosted by folkBALTICA eV and has received significant support from Die Beauftragte der Bundesregierung für Kultur und Medien as well as Nationalkomitee für Denkmalschutz (DNK).